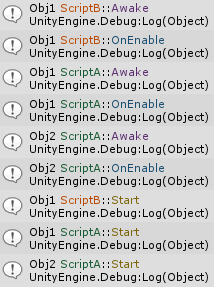 Last week, I joined a 10-day game jam that ended last September 10. I’m proud of the output despite the time and asset constraints (all assets, including sfx and bgm, must be created within the duration of the jam).

As keeping with my personal rules of doing game jams; I worked with people I have not worked with before and I explored a mechanic that I have not done before.

I worked with Brandon Bittner, a multi-talented artist and co-worker at Autodesk Inc, and with Steve Biggs, a programmer and 3D artist working at Bettis Atomic Power Laboratory. Together, we made… 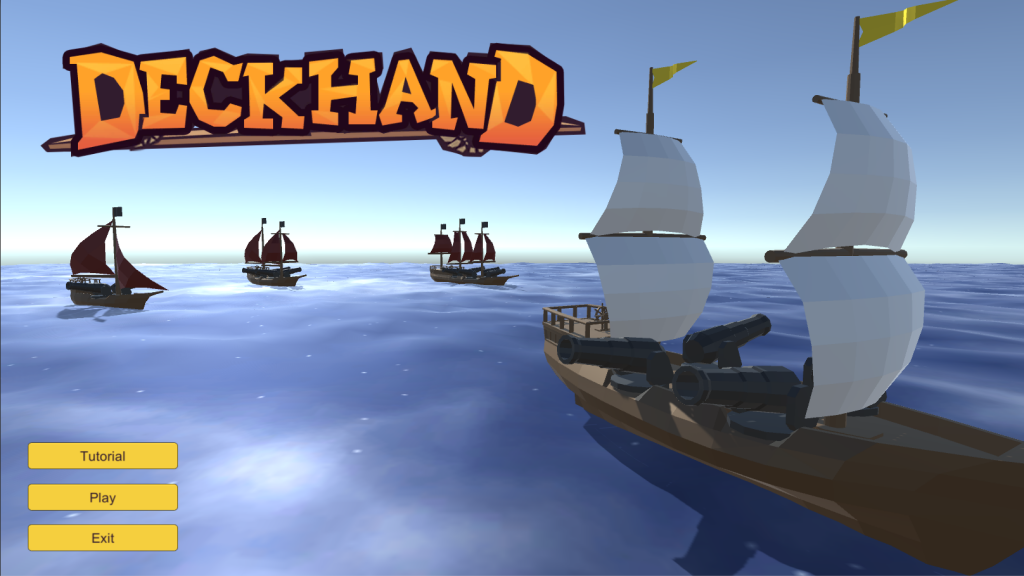 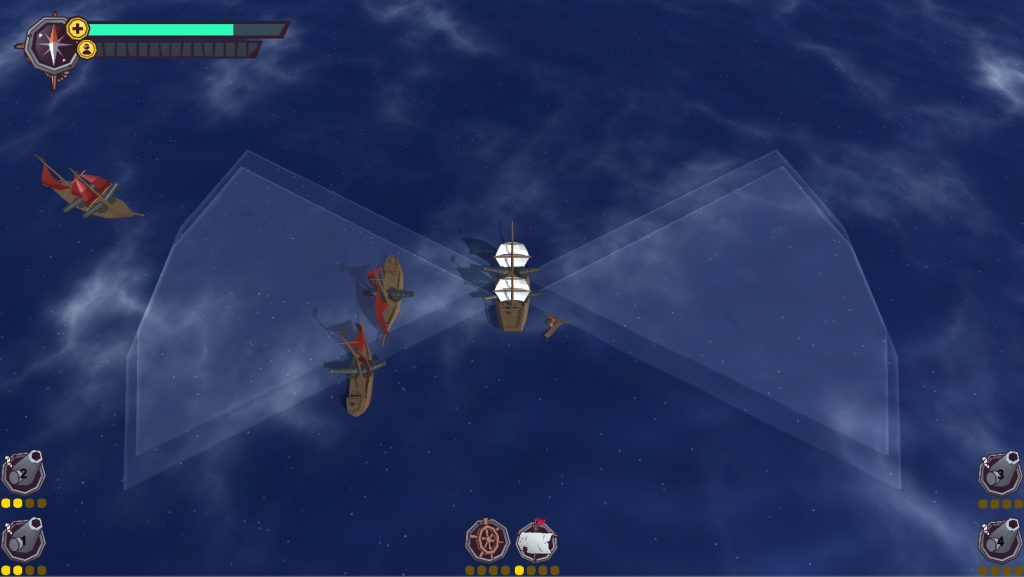 You can download and play the game here. Feel free to leave your honest feedback and rate the game (I need the ratings to win this game jam so if you would be so kind. Rating ends on Sept 17. Thank you in advance!)

I have 2 technical experiments here:

For this game, the resource are the crew members that you assign. The classes in this system are as follows:

The consumers should be able to send an OnLevelUp or OnLevelDown message to listeners. I’d prefer to use Unity3D C# SendMessage() functionality to prevent any tight-coupling between the resource system and the gameplay.

I followed the tutorials on procedurally generating a grid here and generating a height map from noise here. For Deckhand, I needed to fulfill the following criteria:

To make it appear endless, I needed the sea to follow the player (which is followed by the camera) but should have the illusion that it’s not moving. Meaning, if there was a lump at (2, 3) of the grid and I moved the grid (1, 1), the lump should now be at (1, 2) of the grid. Unfortunately, simply using Mathf.PerlinNoise(x – pos.x, y – pos.y) didn’t result to what I wanted.

What I’ve discovered with Mathf.PerlinNoise(x, y) of Unity3D is that it’s periodic. Meaning, (0.5, 0) and (1.5, 0) as parameters return the same value. This actually makes sense because Perlin Noise is naturally periodic. What I didn’t understand was that when x or y approaches 0 or 1, the returned value approaches 0 as well.

I had to play around with the values I supply to the noise generator. The biggest takeaway was that I needed to use the scale of the grid as a factor. See the downloadable example later on.

For the second criteria of mimicking waves, the Red Blob Games tutorial (linked above) demonstrated how to do just that. See the section on Elevation: Frequency and Octaves. Lastly, I added a high-frequency time-based offset to show waves flowing even when the player is stationary. Initially, I didn’t want to put a texture on the sea but it’s very difficult to sea if the player is turning. I created a texture with a few white dots (stars) with clouds, as if reflecting the sky, which gave the player a sense of reference.

Here’s a unity package of the sea:

I’ve successfully met my objectives for this game jam. I am particularly happy about the sea and the resource management. The graphics look awesome, thanks to Steve. I loved the user interface and icons that Brandon put in. 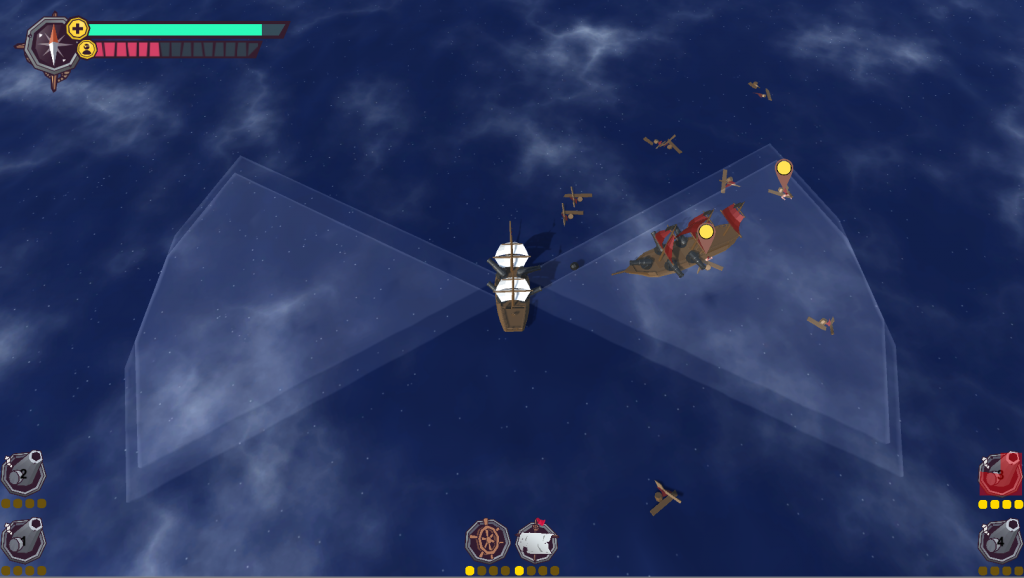 I do understand that it’s not perfect. Play testing the game with my coworkers revealed that space + 1234 doesn’t make sense. In fact, it’s better to just hit 0 and reassign the crew rather than unassign them one by one. The biggest frustrations came from where’s my crew? when trying to assign crew. I failed to inform the user of the UI on the upper left indicating the health and available crew. The icons of the stations being at the edge of the screen didn’t help make the user make intelligent decisions since their eyes are normally at the center. The suggestion was to make them smaller and float them above the actual cannons that they represent.

I originally wanted to let go of this project but Brandon suggested making it into a mobile space game. Think of Artemis for mobile. What do you think?

My biggest takeaway in my GGJ17 experience was implementing a ‘sprite sheet animation‘-selector based on a given angle. This is only applicable to 2D games with more than 2 views per animation. If you haven’t read about our game from my last post, you can get more info here.

Here are the requirements:

Each of these directions is a sprite sheet/sequence animation. The solution:

If the directions weren’t animations (like the Tiki pointing), then a simple sprite selector based on angle would be enough.

A public repo of the project can also be found here. Here’s a UnityPackage of the demo:

Another Global Game Jam completed! Woohoo! Congrats to all who participated and successfully completed a working prototype in just 48 hours! Whether you worked solo, in a team of strangers, or a team you’ve worked with before; the experience gives valuable lessons that would hopefully push you closer to that game dev career you’ve always dreamed of. Again, CONGRATULATIONS to ALL!

This is my 3rd GGJ location – from Manila to Seattle and, now, Pittsburgh. This one is hosted by Pittsburgh IGDA (PIGDA). Every game jam inspires me to leave my comfort zone in order to experiment and explore. It is invigorating to be connected with passionate Game Developers of different professions, varying age groups, interesting backgrounds, and diverse interests.

For those who missed it, the keynote can be found here. The end of the video also shows the theme: WAVES! I like this theme. It’s very open – a lot of possibilities and interpretations. You can basically make any game and insert waves somehow.

Keeping my primary objective of working with people I’ve never worked with before; I teamed up with 4 people I met at the jam to form Team Surfer Babies!

(left to right) Sean, Addie, Francisco, Richard, and me

Together, we created Tiki Vs The Surfers! It’s a defense game where you use dolphins, mermaids, and whales to fend off surfers who want to defile your peaceful island! 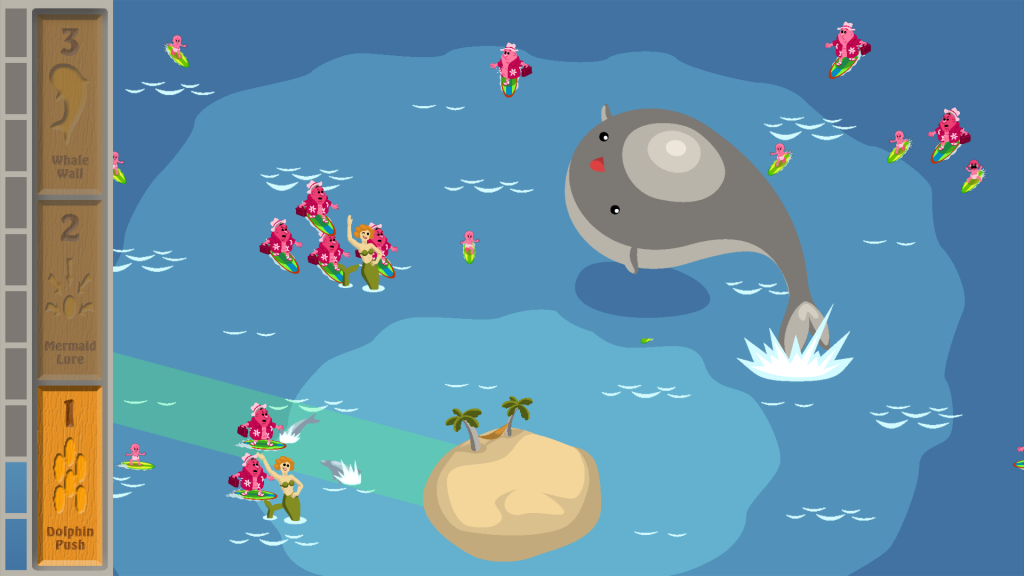 Richard and Sean are the 2 amazing artists. Sean made the surfers (baby and tourist) and the Tiki while Richard made the weapons (dolphin, mermaid, whale), background, and UI. They collaborated to make the intro slideshow which explained why the Tiki was upset with the surfers. Addie was our talented musician and foley artist. She created every audio in the game. She even voice-acted for the dolphin and whale! Francisco and Francis (me) were the programmers implementing the different behaviors and integrating everyone’s work.

Here are some more pictures of the event. 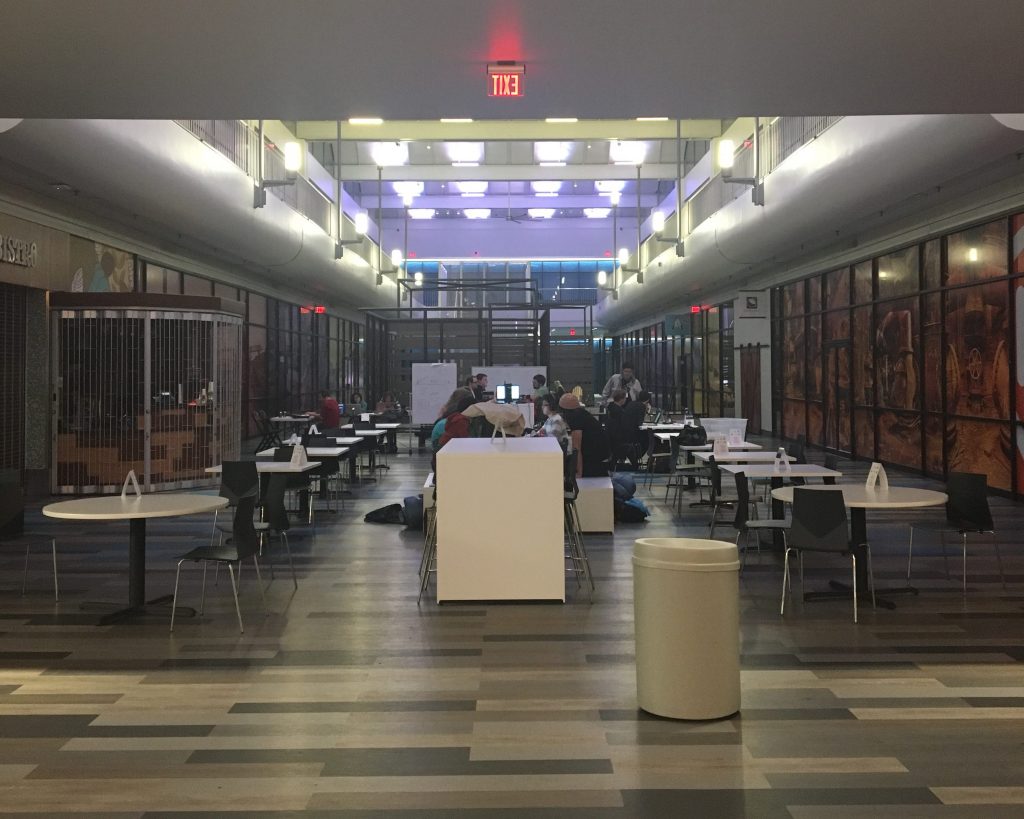 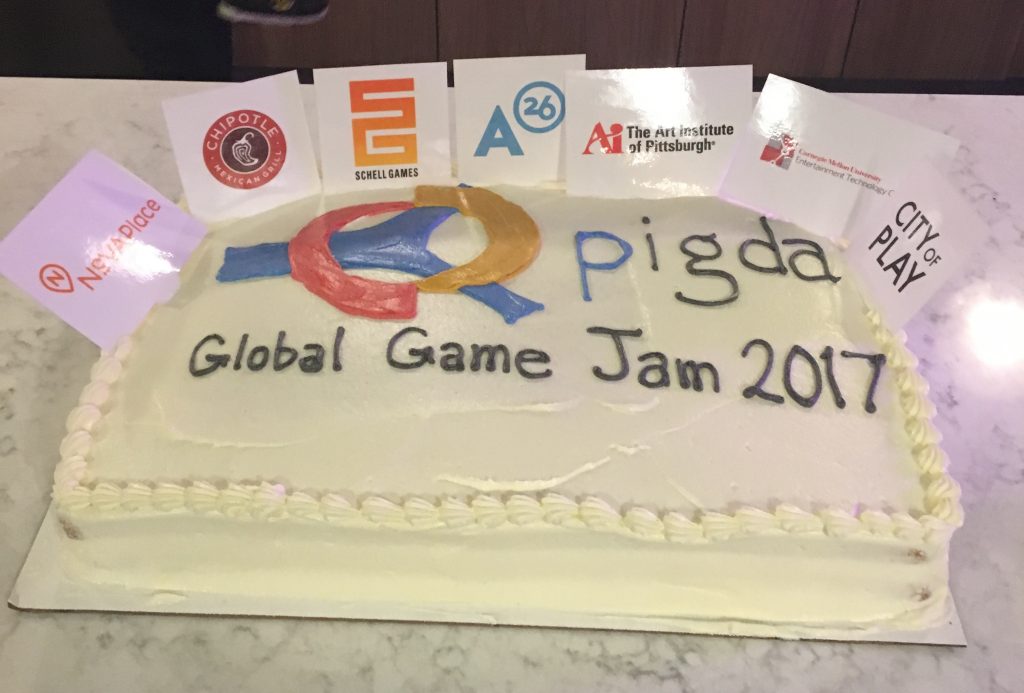 The cake was not a lie! 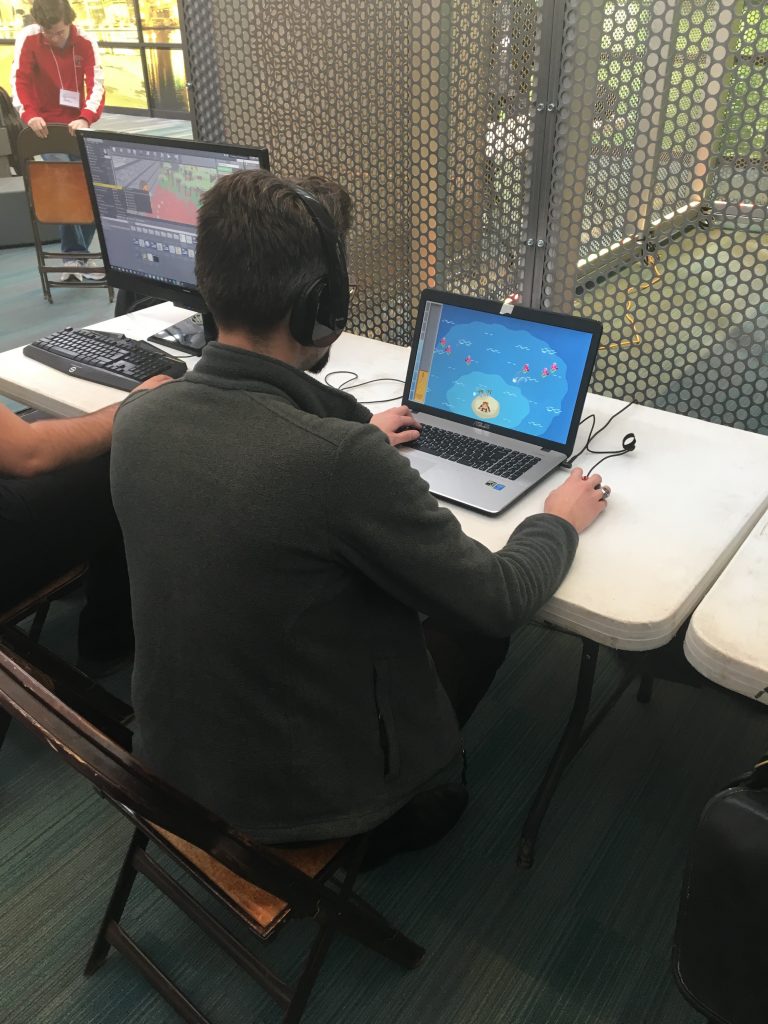 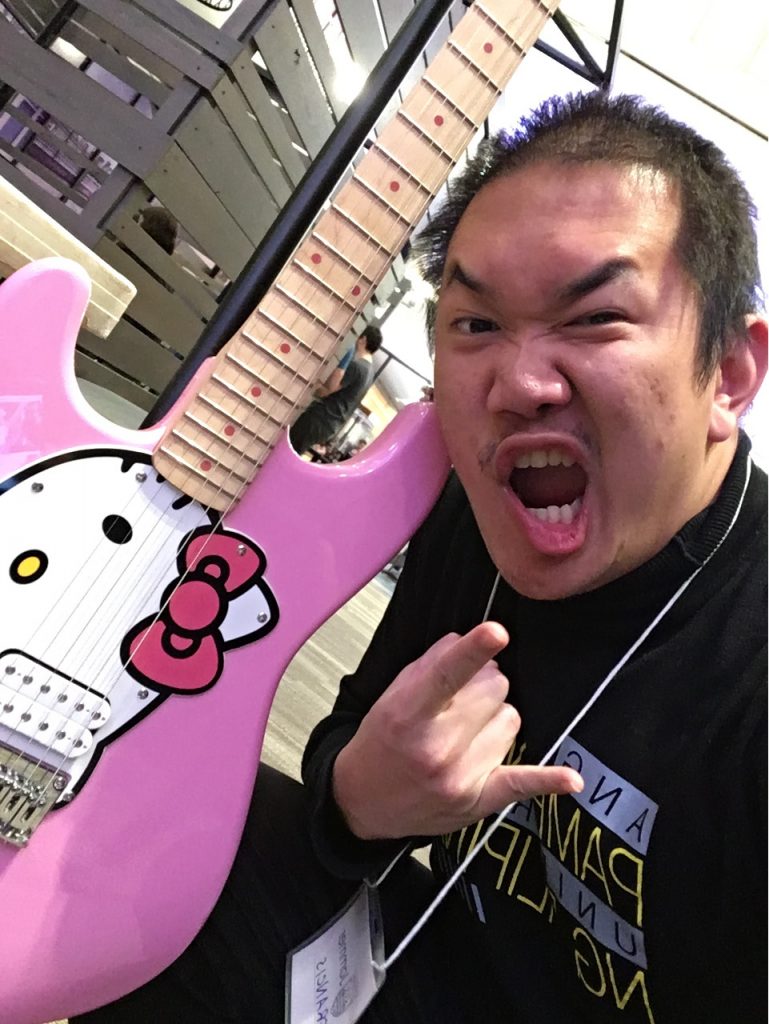 Most hardcore electric guitar ever! c/o Addie the Musician/Foley Artist 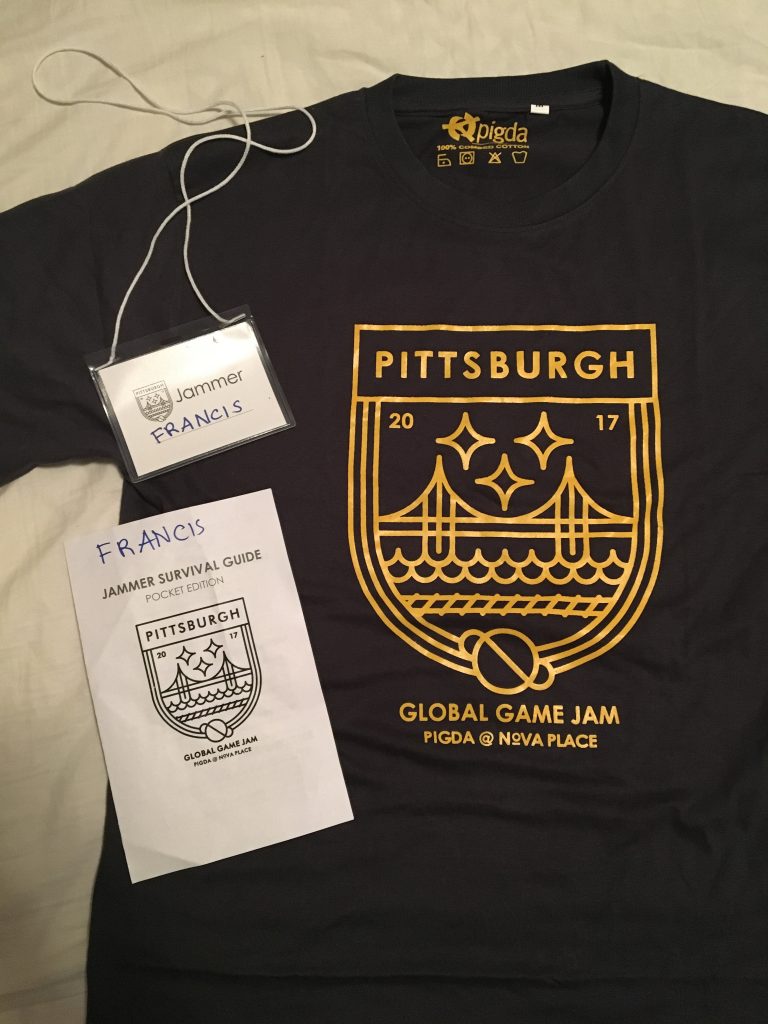 See my next post to read about my technical learnings from our game.

This post is not related to Game Development or Programming but I find it relevant to spread this. Nonetheless, I hope you find this useful for your online reputation.

Have you ever had a stranger like a picture on your Facebook? Or someone you don’t know suddenly commenting on your status? Or did you know that whenever you get tagged, it shows up on your wall without your permission? But most importantly, do you want to have more control over the privacy of your Facebook profile? END_OF_DOCUMENT_TOKEN_TO_BE_REPLACED

One of the strengths of pointers is that you can do basic arithmetic with it. Though arithmetic may originally mean mathematical operators; for pointers, only addition (and subtraction) are defined. END_OF_DOCUMENT_TOKEN_TO_BE_REPLACED

New C/C++ programmers often have this confusion that all arrays are pointers. Well… they’re kinda, sorta, but not really. Let’s consider the following code:

The pointer p points to the first character of arr. Remember that the index operator ([]) is automatically converted to addition then dereference.

And dereferencing arr is similar to getting the first element

So when do arrays and pointers differ?

END_OF_DOCUMENT_TOKEN_TO_BE_REPLACED

My first semester in DigiPen has just ended and I get to make tutorials again! One of my classes was Game Engine Fundamentals and I used SDL2 to create my game engine. SDL2 is a cross-platform C library to create games on. My favorite tutorial to learn SDL is Lazy Foo. He gives a detailed tutorial in multiple aspects of the library. However, setting up on Mac is not yet done. Hence, I have created this post.

END_OF_DOCUMENT_TOKEN_TO_BE_REPLACED

In a previous post, I mentioned something about pointers to functions. Why would anyone need pointers to functions? In C/C++, they’re called function pointers. They also exist in other languages but the implementations are slightly different. In C#, they’re called delegates. Many OOP languages have interfaces with overrideable methods. In others, there’s the concept of lambda (anonymous) functions.

One common application of function pointers are Event Handlers. Event handlers are quite straight forward. Assign a function as an event handler and when that event is triggered, execute the corresponding function. See W3Schools for more info on JavaScript Event Handling. These functions are referred to as Callbacks.

In C#, they allow adding/subtracting of delegates. Adding a delegate simply adds that method to the list of methods that will be executed, one by one in the order they were added, when the event is triggered. Subtracting removes that method from the list. This allows having multiple listeners to a single event. See MSDN for more information.

What’s the point of pointers to functions?